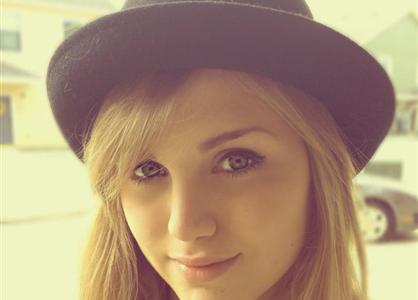 In the show, Jon is one of Warren's closest friends and shares the same apartment with him, Matt, and Nate. Jon is also a college student. He's a very husky guy, and he causes all kinds of chaos for the group. Obsessed with swag, he's always the life of the party wherever he goes.

In real life, Jon is a senior at LSU, studying in Theatre and Communications. He's an aspiring actor and a prominent figure among his friends on Facebook and Twitter. His acting credits include 3 extra roles for a couple of feature films: Thunderstruck (2012), The Demented (2013), and the upcoming Left Behind remake set for release in 2014. Jon also flexed his talents beyond his horizons as the mascot for Chuck E. Cheese for two years. In 2013, he spent his Spring 2013 semester in the Disney College program, where he worked at Walt Disney World in Orlando, Florida. Jon resides in his hometown of Baton Rouge, Louisiana. His birthdate is October 18th, 1989. 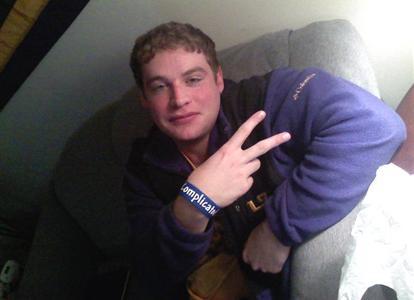 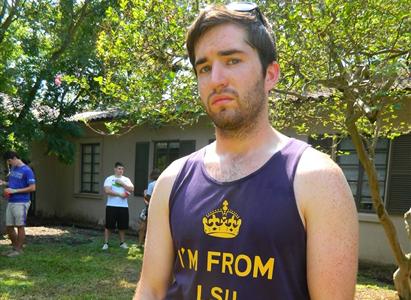 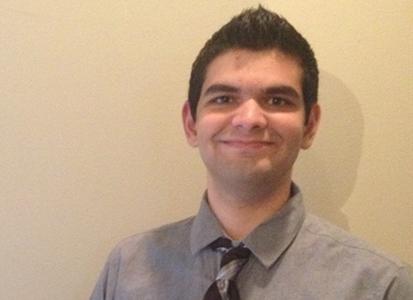 In the show, Nicole becomes one of Warren's closest friends and is the only female in Warren's group. Nicole is also a college student, and she meets Warren one day at the recreational center. Soon enough, she starts hanging out with his friends. She acts all girly in her normal life, so this group is the only place where she can express her true interests in sports and other guy things.

In real life, Nicole is a sophomore at LSU, studying in Theatre. She met Warren Mitchell when they were both working at the 2013 Louisiana International Film Festival. Nicole comes all the way from St. Martinville, Louisiana. Her birthdate is February 23rd, 1994.

In the show, Nate is one of Warren's closest friends and shares the same apartment with him, Matt, and Jon. Nate is also a college student. He's nerdy and very shy, but he uses music to express his feelings for someone.

In real life, Nate is a sophomore at LSU. He's a member of the Pi Kappa Alpha fraternity. His only acting credit prior to "Warren" was a small character in the web series "Arrest & Trial". Nate's hometown is in New Orleans, Louisiana. His birthdate is November 5th, 1993. 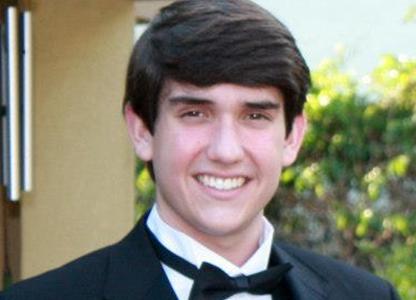 In the show, Matt is Warren's best friend and shares the same apartment with him, Jon, and Nate. He's the resident slacker in the group. Though he's not the brightest person around and can get into trouble sometimes, Warren's always there to keep him in check.

In real life, Matthew is a senior at LSU, studying in Theatre. Matthew hails from Jarreau, Louisiana. His birthdate is July 21st, 1992.

In this show, Warren is the title character, and each episode will follow him on the random moments that life has to offer. Warren's an average guy who's wise, insightful, nice, humorous, and full of knowledge. He's a college student studying film and takes his dreams very seriously.

In real life, Warren Mitchell is a senior at LSU studying in Film & Media Arts. He's an up-and-coming filmmaker, having done two short films and a music video prior to this. "Warren" is his first web series. Heavily focused on directing and writing, he recently branched into acting over the past year, doing an extra role for "God's Not Dead", which stars Kevin Sorbo, Shane Harper, Dean Cain, Cassidy Gifford, and Duck Dynasty's Phil Robertson. He also did an extra role for "Search Party", which stars Adam Pally, T.J. Miller, Thomas Middleditch, Shannon Woodward, and Alison Brie. Both films are set for release in 2014. Warren has also worked as a volunteer for the first annual Louisiana International Film Festival back in April 2013, where he met his fellow co-star Nicole Prunty. Warren resides in his hometown of Baton Rouge, Louisiana. His birthdate is November 24th, 1989.